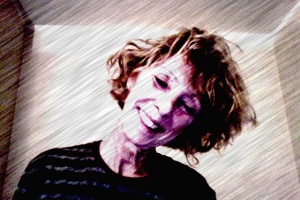 Raffaella Mattioli, born in Montreux (Switzerland), studies classical dance at the National Dance Academy of the Rome and the Opera of Rome', then in London at the Ballet Rambert' and after at 'The Place School of Contemporary Dance' where she learns to perfect the Martha Graham technique studying with Yuriko, Pearl Lang, Mary Hinkson e Noemi Lapzon.

In 989 she is invited by Prague's 'LATERNA MAGICA' company to choreograph Frederick Dürrenmatt's THE MINOTAURO' directed by Josef Svoboda. Svoboda is a world-class artist and one of the most successful set designers existing (Amadeus' di MilosForman). Mattioli works with closely with him for a period of six months in which she prepares the dance choreographies, the music and the scenic images. The MINOTAURO' has its world premiere in 1989 and tours Europe, USA, Canada and Japan.

Invited to the Puccini Festival at Torre del Lago she is the lead choreographer of 'O SOAVIFANCIULLE' and works alongside a Poliakov, Bartolomei, and Micha von Hyche. In 1994 she joins the Taormina Festival (Sicily) with 'CAVALLERIA RUSTICANA' directed by Alberto di Stasio; in 1995 she collaborates with Giancarlo Cortesi at the Pitigliano Festival(Tuscany) for an evening in the honor of the poet, Mario Luzi.

Dal 2000 al 2016 Raffaella Mattioli is one of the four performers of the historical Swiss company 'MUMMENSCHANZ, Musiciens du Silence'; for 16 years she tours the worl dwith them and performs in the most important theatres in the U.S.A., Israel, Europe, SouthAfrica, South and Central America, Mexico, Brazil, Korea, China, India, Singapore, HongKong, Syria, United Arab Emirates etc.

All while performing with 'MUMMENSCHANZ', Mattioli choreographs in 2011, with Gloria Pomardi, the show 'LETTERA DI DIO ALL'UMANITÀ' at Teatro India in Rome; and in 2014 she directs and choreographs the artist Ricchezza Falcone in a workshop calledBALLA SOGNO' in Palermo. 2015/2016 Raffaella Mattioli choreographs dance movements in John R. Pepper's production of John Patrick Shanley's play DANNY AND THE DEEP BLUE SEA' that was performed in Palermo, Milan, Naples, Rome and the national Italian tour; always in 2016 she choreographs the movements in Sam Shepard's play 'TRUE WEST' (directed by John R. Pepper) performed in Saint Petersburg, Russia.